Anemone is a delicate and graceful flower. The name has a Greek etymology referring to “the wind’s daughter”. “Anemos” (wind), and the suffix -one, which indicates a female offspring or daughter. Myths involve the Greek gods of the four winds, but also Adonis and Aphrodite. The Goddess of love kept Adonis as her companion for too long and the other gods killed him, so she wept over his grave and her tears for her fallen love grew into Anemone flowers.

This was part of an initiative by 24 Art Collective – an improvised collective of designers, photographers, illustrators and typographers who joined efforts and created limited edition artworks in reaction to the earthquake at Acumuli and Amatrice (IT) that took place on August 24, 2016. All proceeds from the sales of these prints were meant to go towards a fund set up by SOS Malta for the areas affected, yet the project took long to be launched and eventually dissolved. Any sales of this artwork will still be donated to SOS Malta.

Anemone symbolizes the grief around Acumuli and Amatrice as these two communities cried the deaths of around 290 people. Hope is here depicted as a nude female who rests on solid structure, whilst stepping on the crevasse of the 24/08 earthquake. Adorning her hair is an Anemone flower; which is also a metaphor of excitement for a prosperous future and the arrival of the first spring winds. 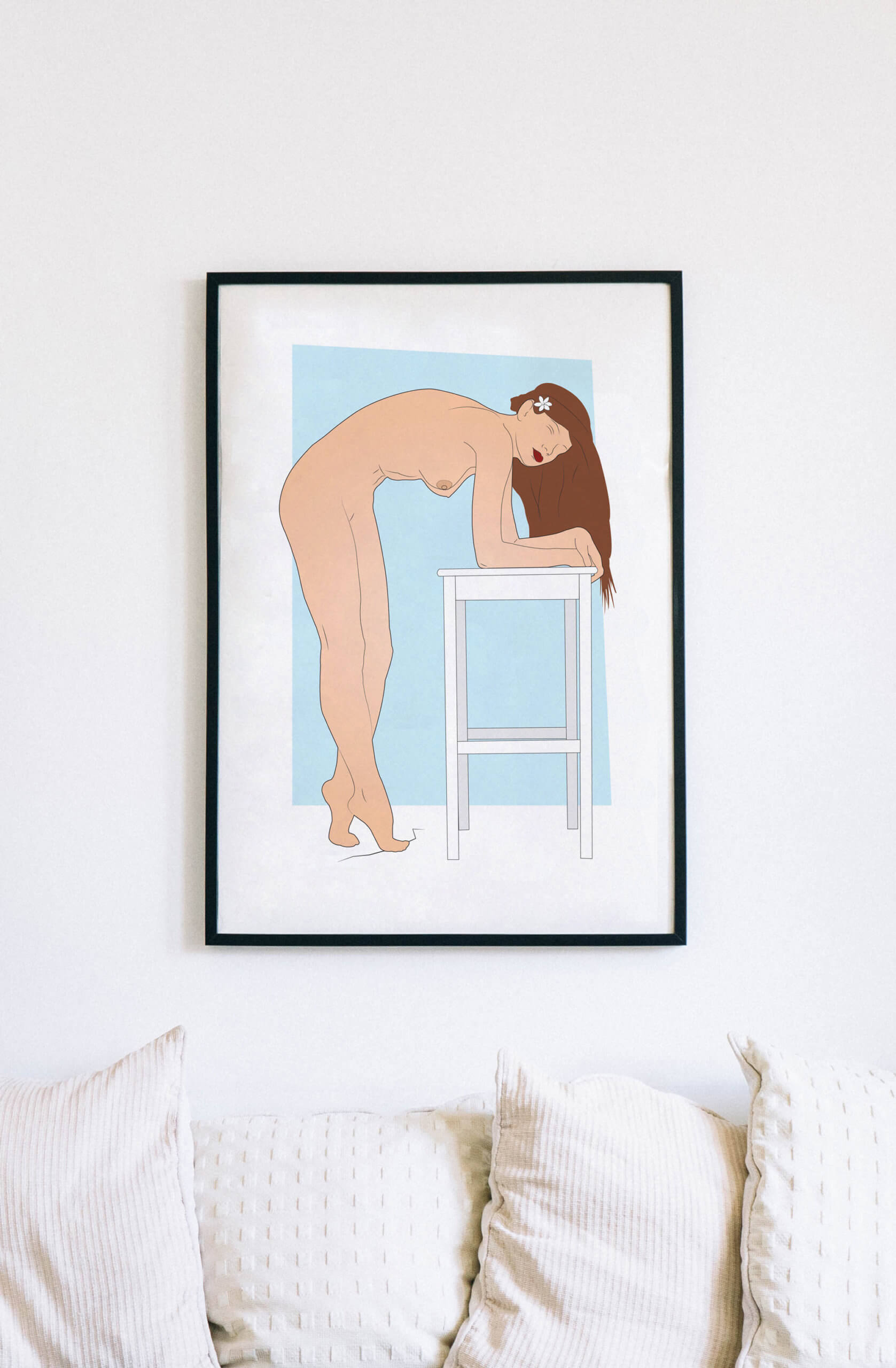