This series of eleven prints centres around existential questions reinterpreted into a deconstructed female portraiture aesthetic, through a combination of digital application techniques. The collection came to life through a distinctive process of postproduction incorporating traditional and digital tools.

Appropriation art usually takes a recognisable object, text or image and re-contextualizes it. The Her Majesty anthology is composed through the skill of eye/hand co-ordination; the results of immediate copies of reality through the photographic and the scanned; through the physical and digital gestural interventions of colour; and through the simulations of scrubbing or mixing of paint. Such undertakings are kept in a ‘fresh’ state of flux through the integration of manual processes of painting, colouring and mark-making on the print, but also particularly through digital software. The digital paintings directly convey paradoxical messages of the sacred and the profane; intimacy and withdrawal; stillness and movement; aggression and playfulness; lust and spirituality. The colour palette is likewise contrasting from warm reddish oranges tones that are associated with passion and desire to monochromes that turn thrilling excitement into bitter loneliness and aching pain. The title itself is also very allusive and brings forth the themes of the feminine, power and subordination.

The gaze in these works does not seek the erotic as much as eros itself. The digital art works suggest that transcendence is only possible through the primitive instinctual bareness of the body. The desire for the flesh becomes a soulful yearning for the soul to meets itself through the other. In the liminal space of cyberspace a meditation on internet culled imagery of nude women is made. The artist goes into reverie as the Web helps him create his own altered sense of consciousness where he can tap into himself. The artist tries to gain some sort of control over a virtual landscape which seems to elude him. Appropriating found female anonymous images from the internet into elaborate evocative figures; he brings to life new images from images. This helps in closing off that sense of abjection and to make contact with the departed. Digital art becomes a mediumistic tool to seance with what is no longer present.

Note: This description was composed from the academic reviews by Dr. Vince Briffa and Dr. Laner Cassar

A soundscape created through the reading of some of the artist’s poems was created by SeeSaw Sounds to feature as a background element during the exhibition period. Readers were Yasmin Kuymizakis, Martha Vassallo and the artist himself. The complete production can be heard here. 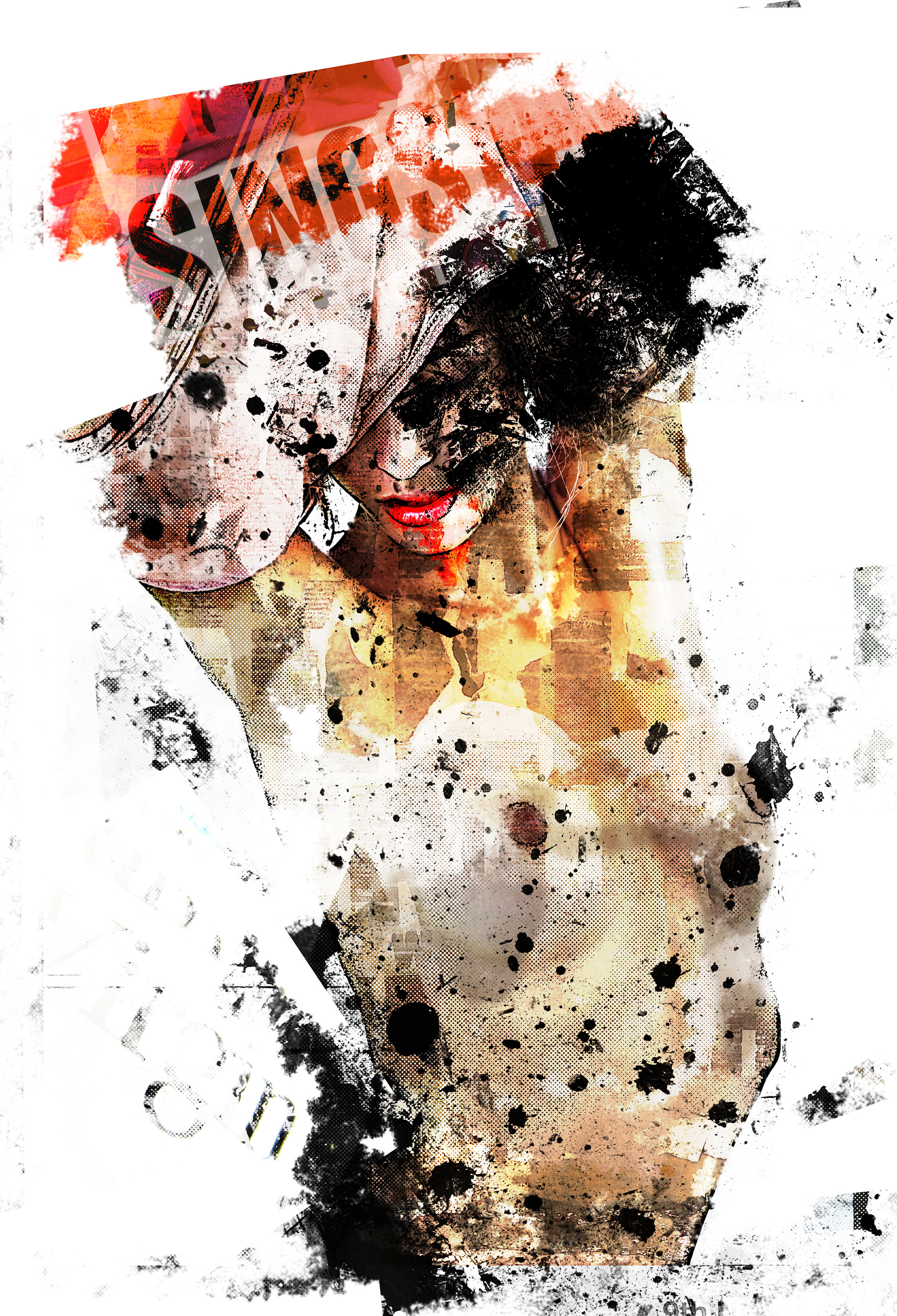 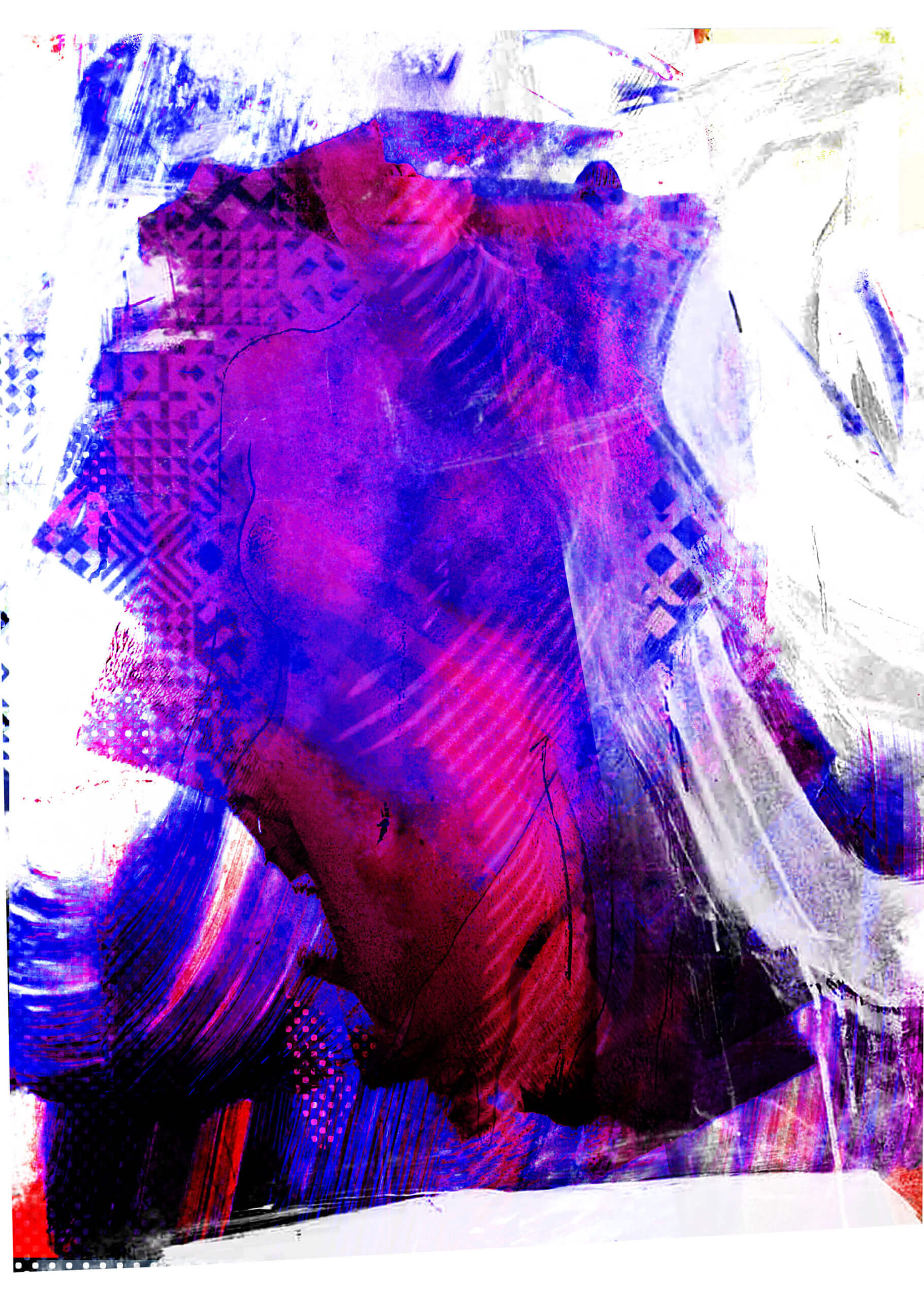 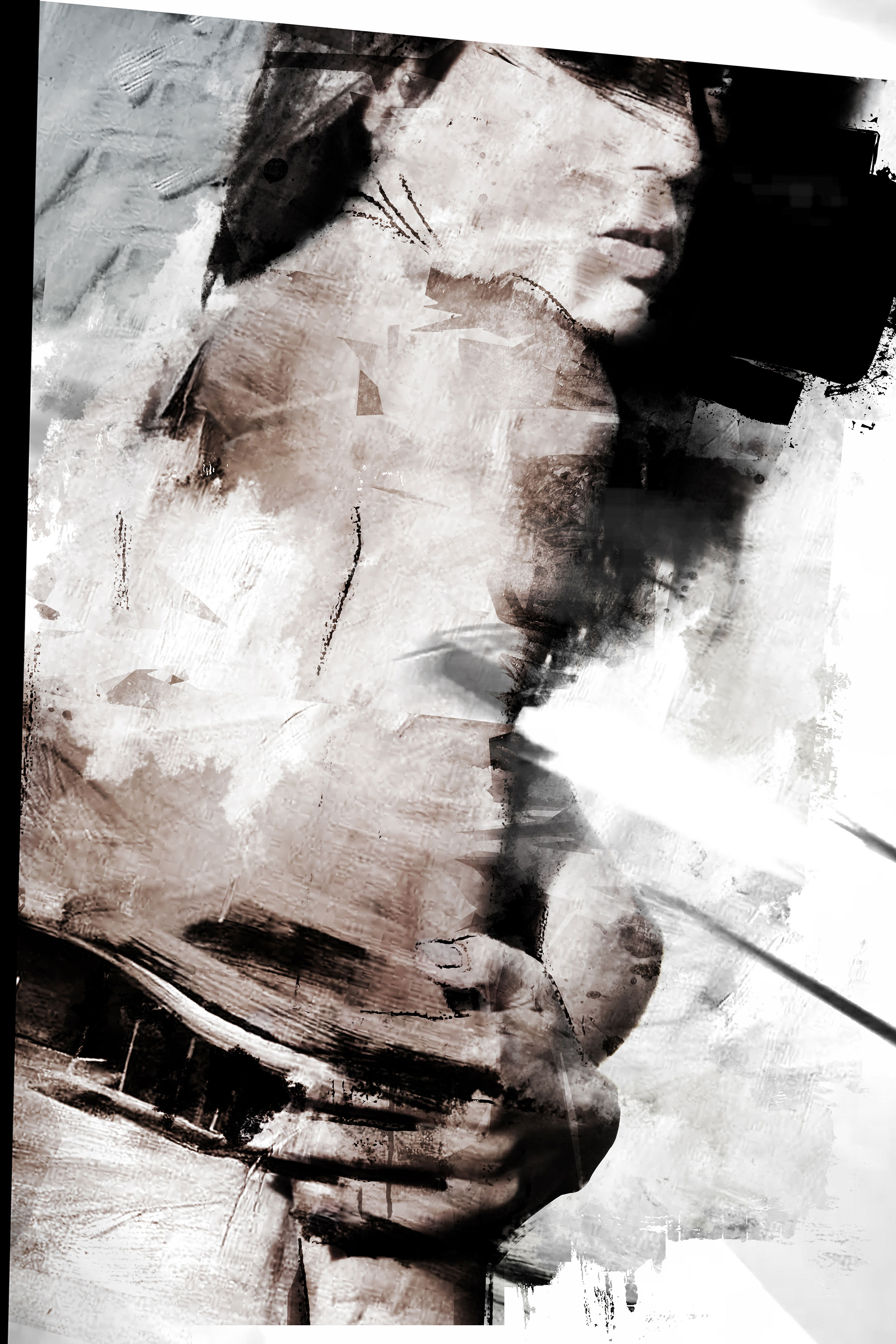 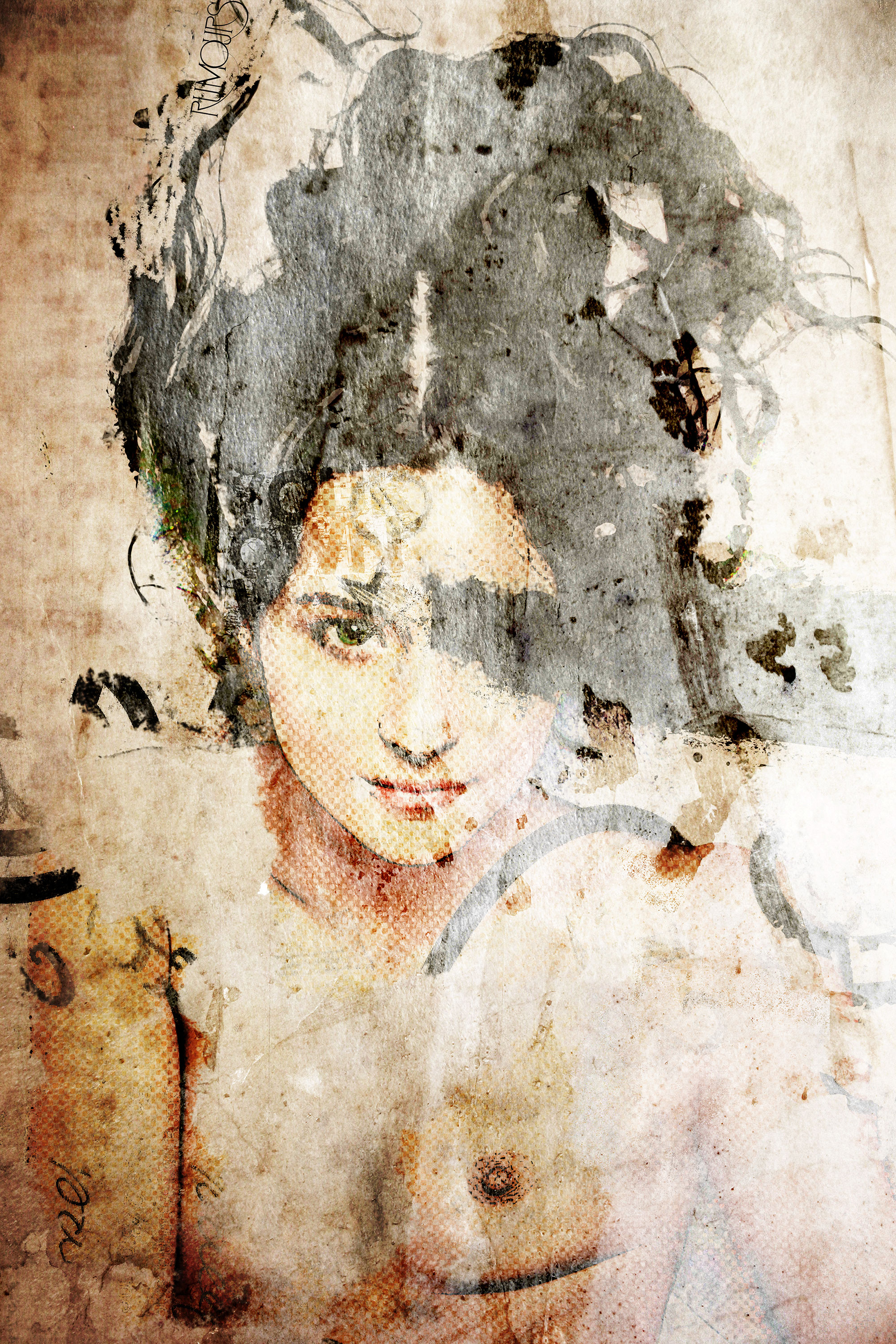 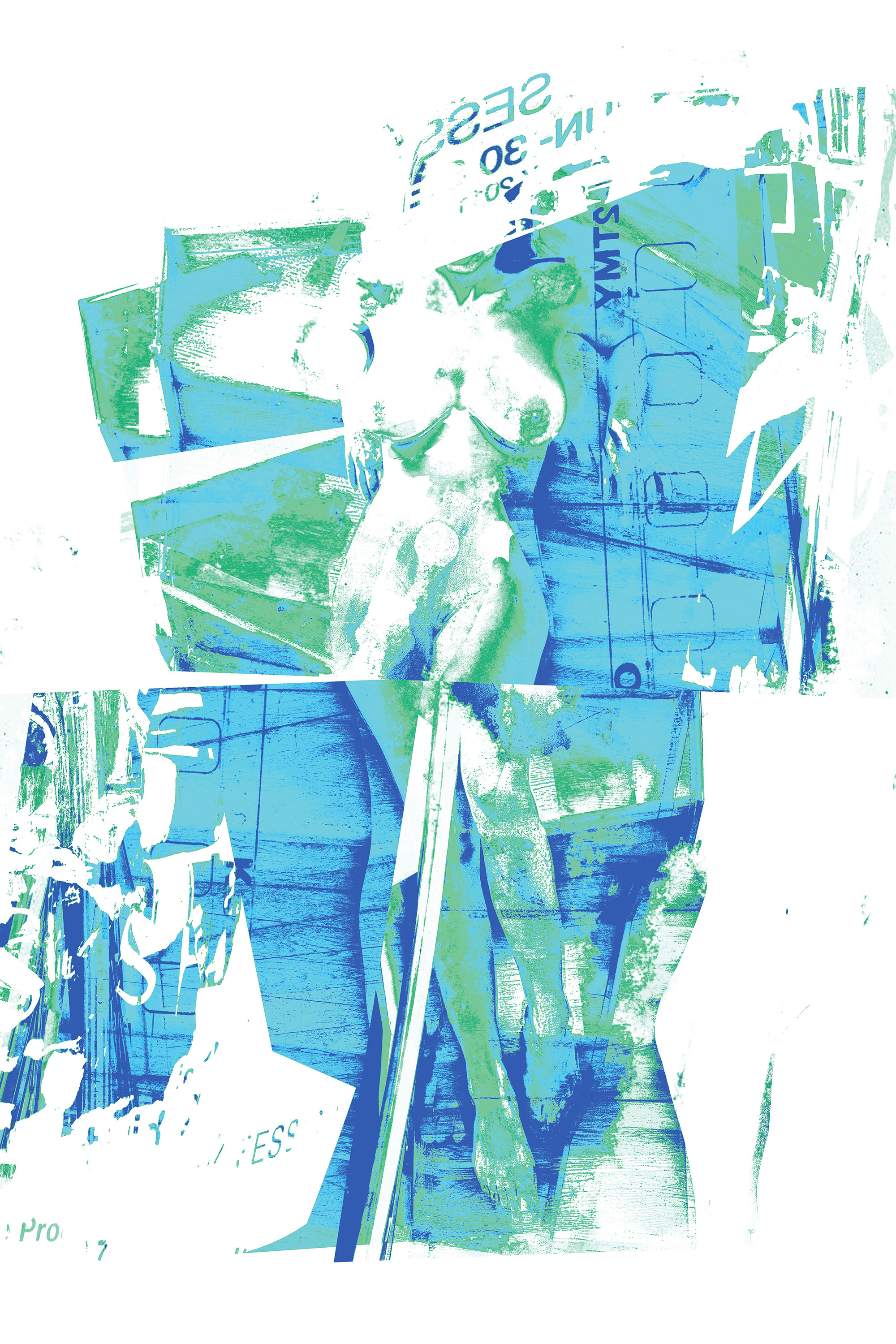 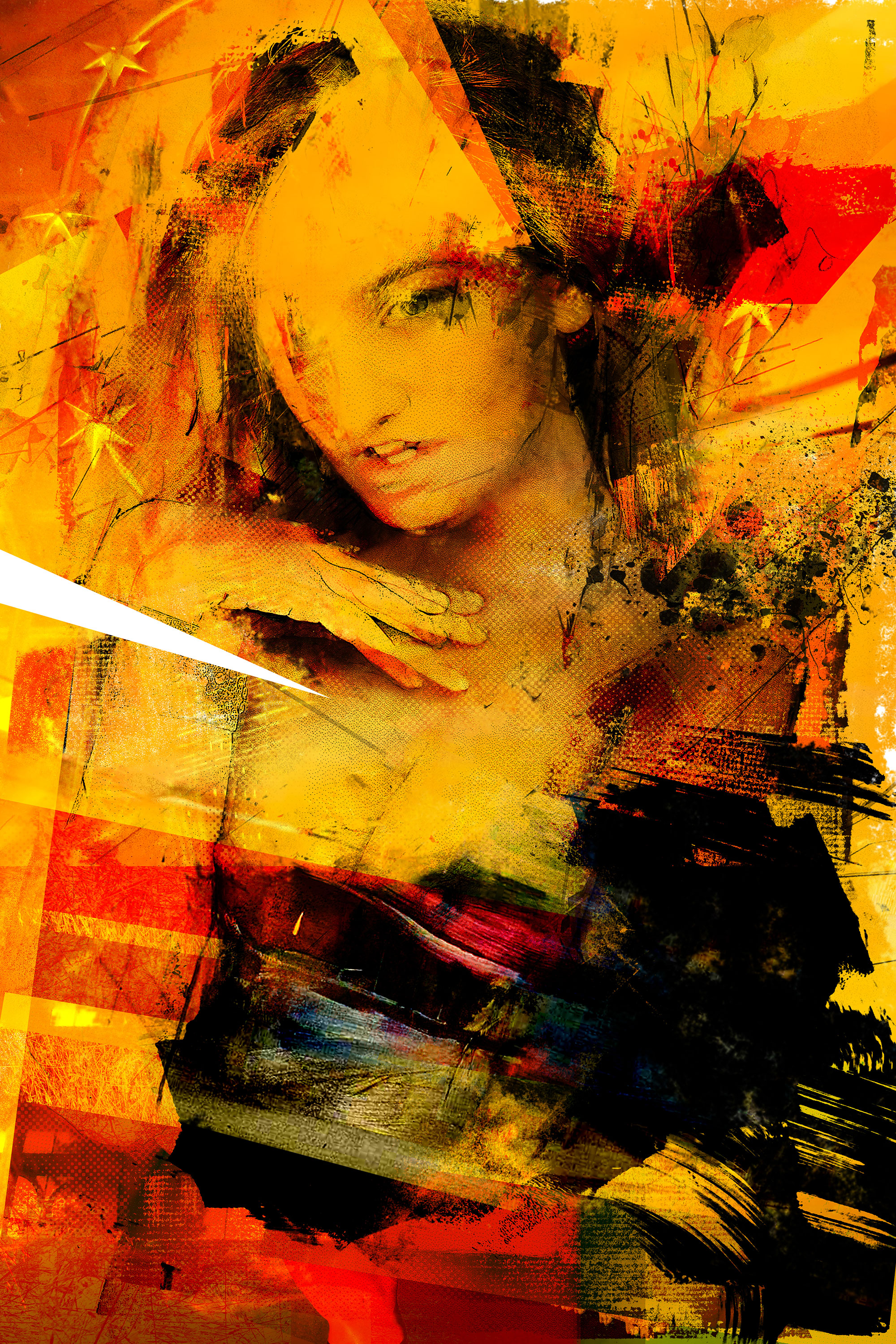 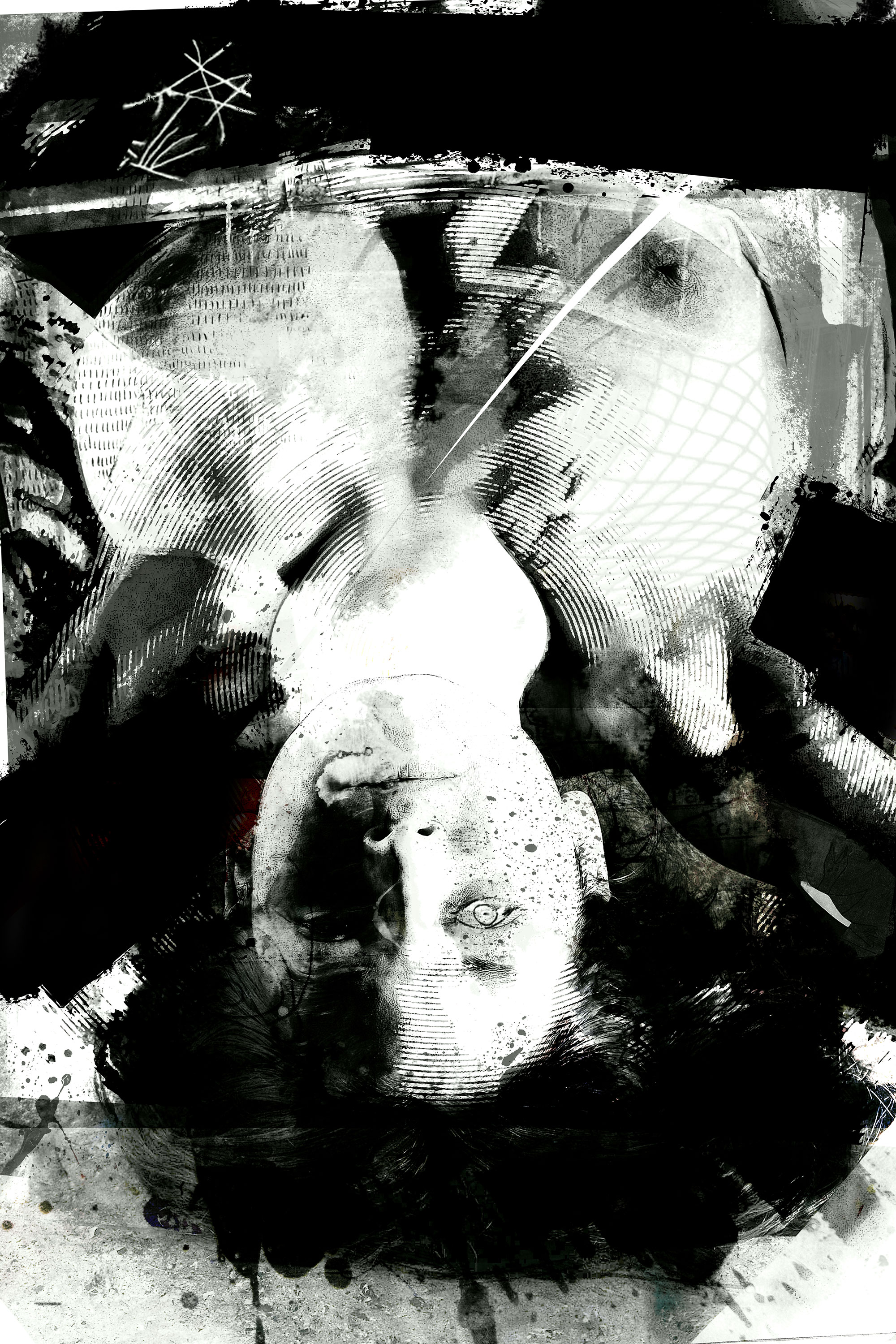 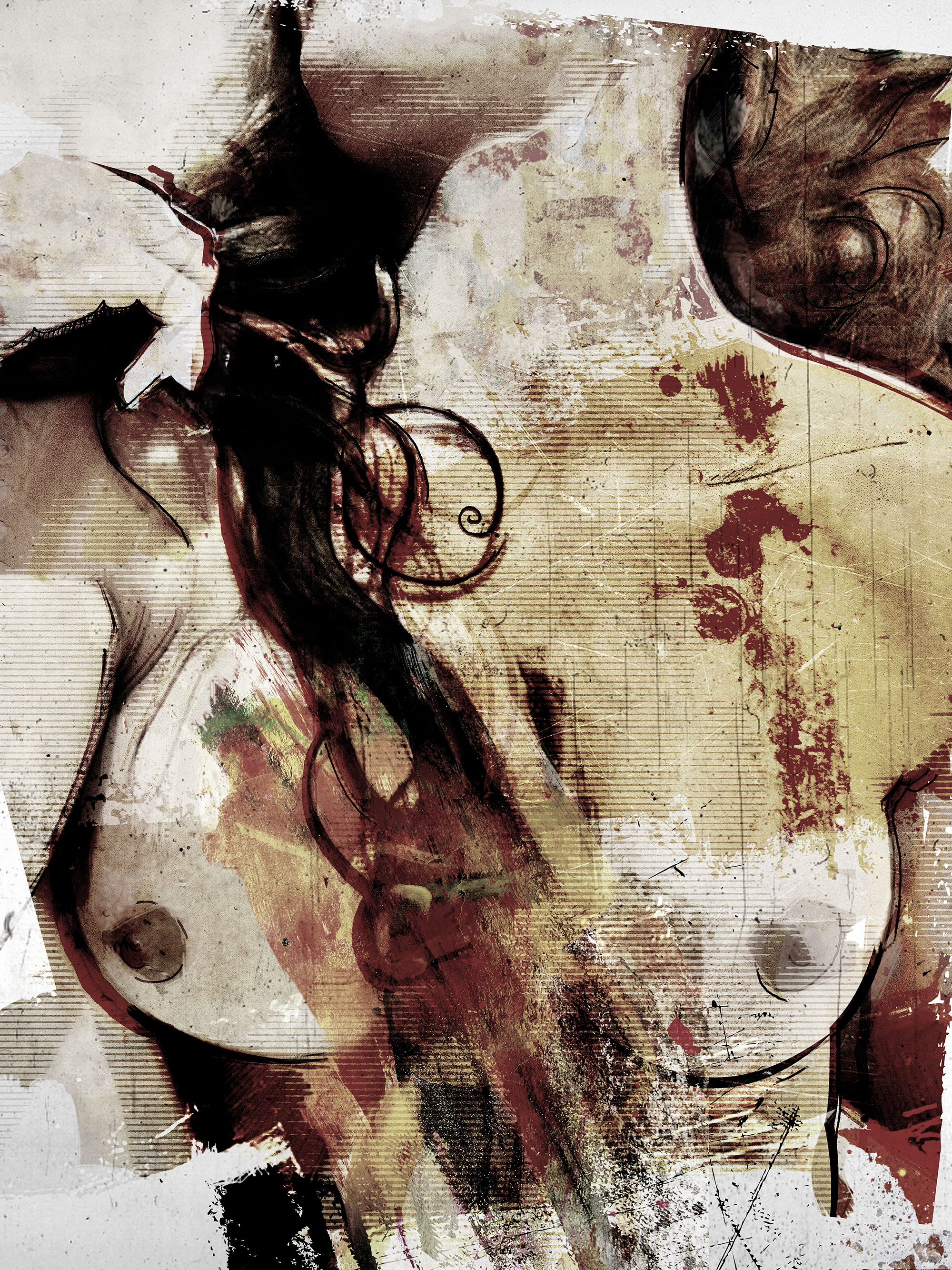 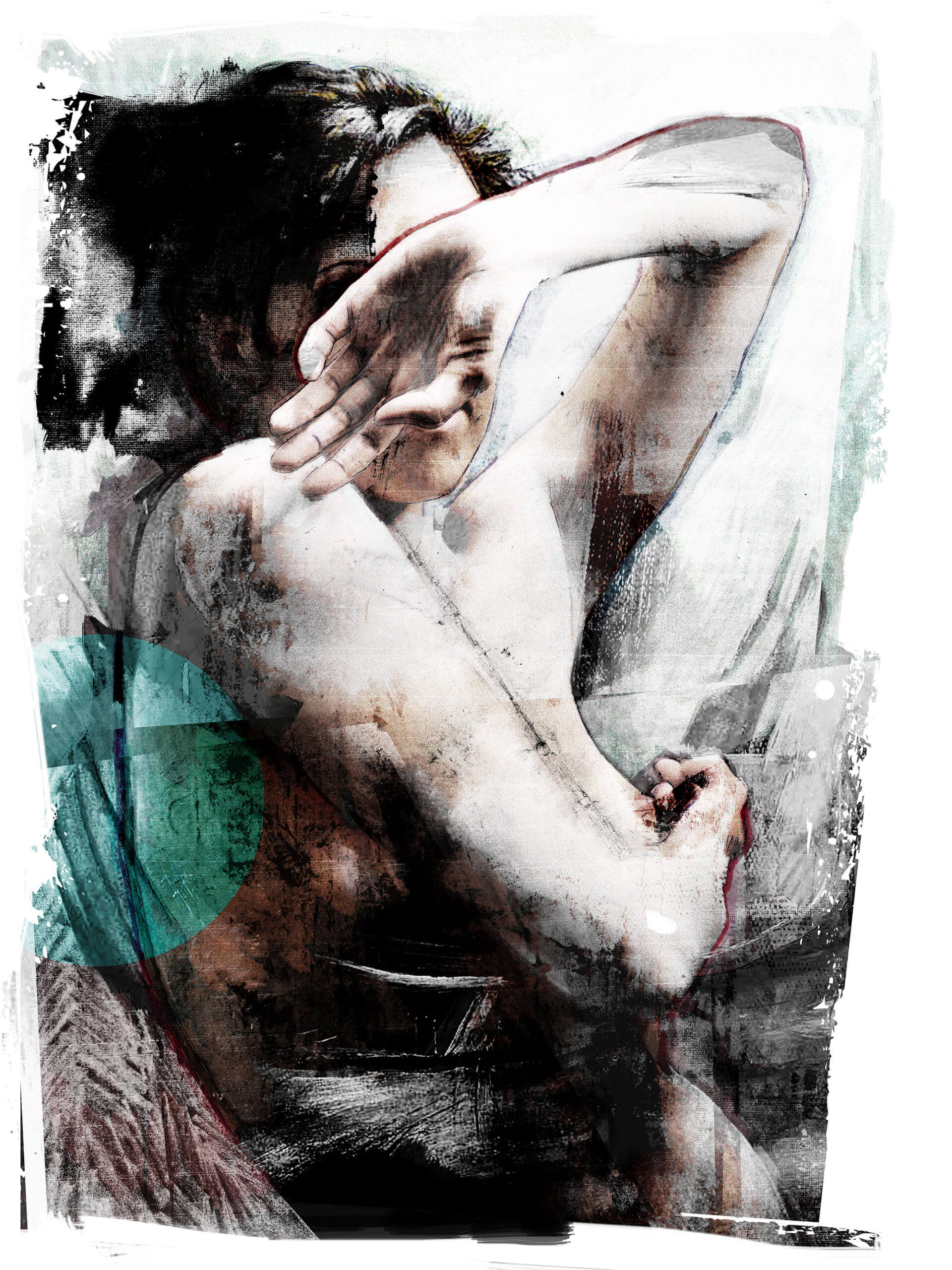 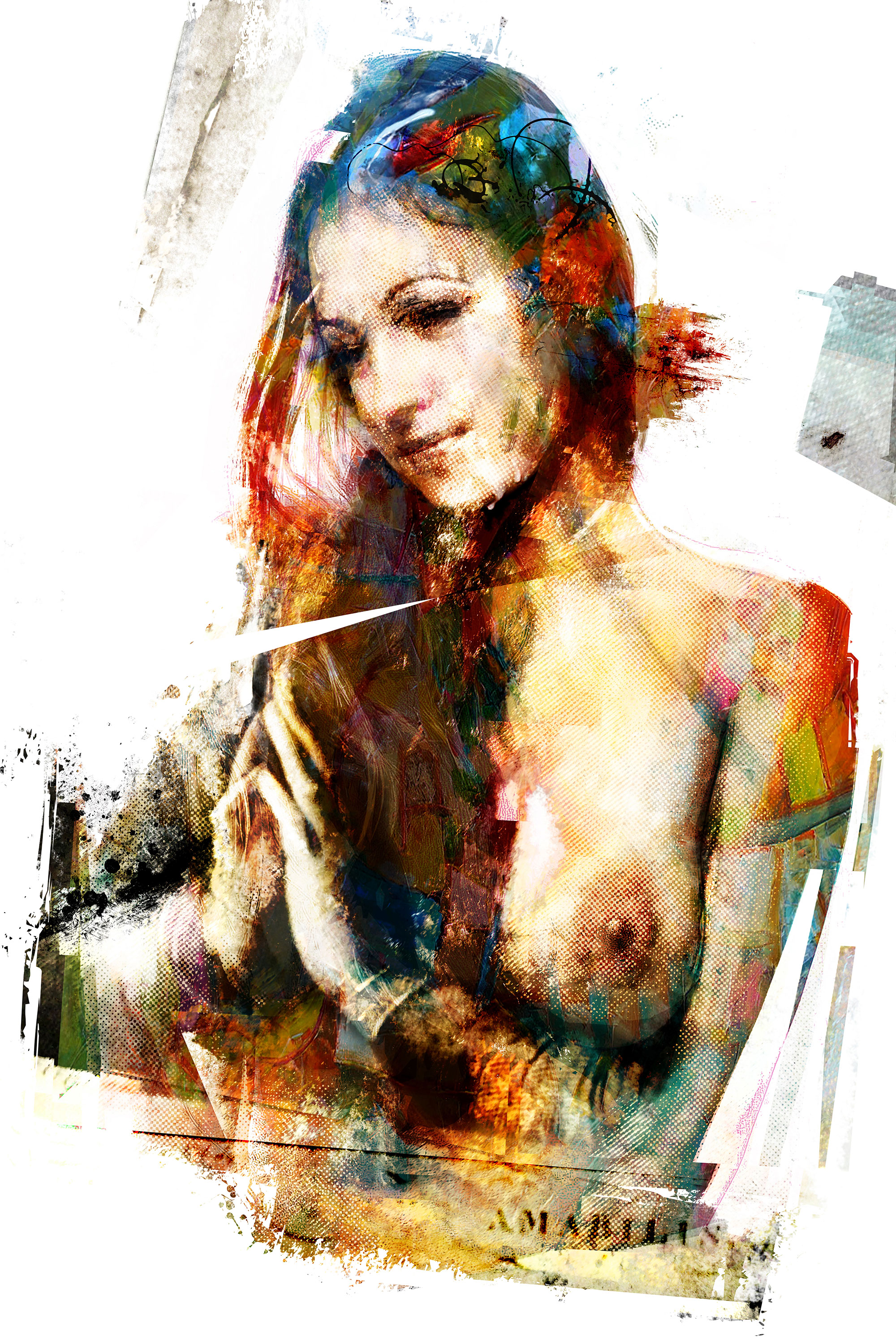 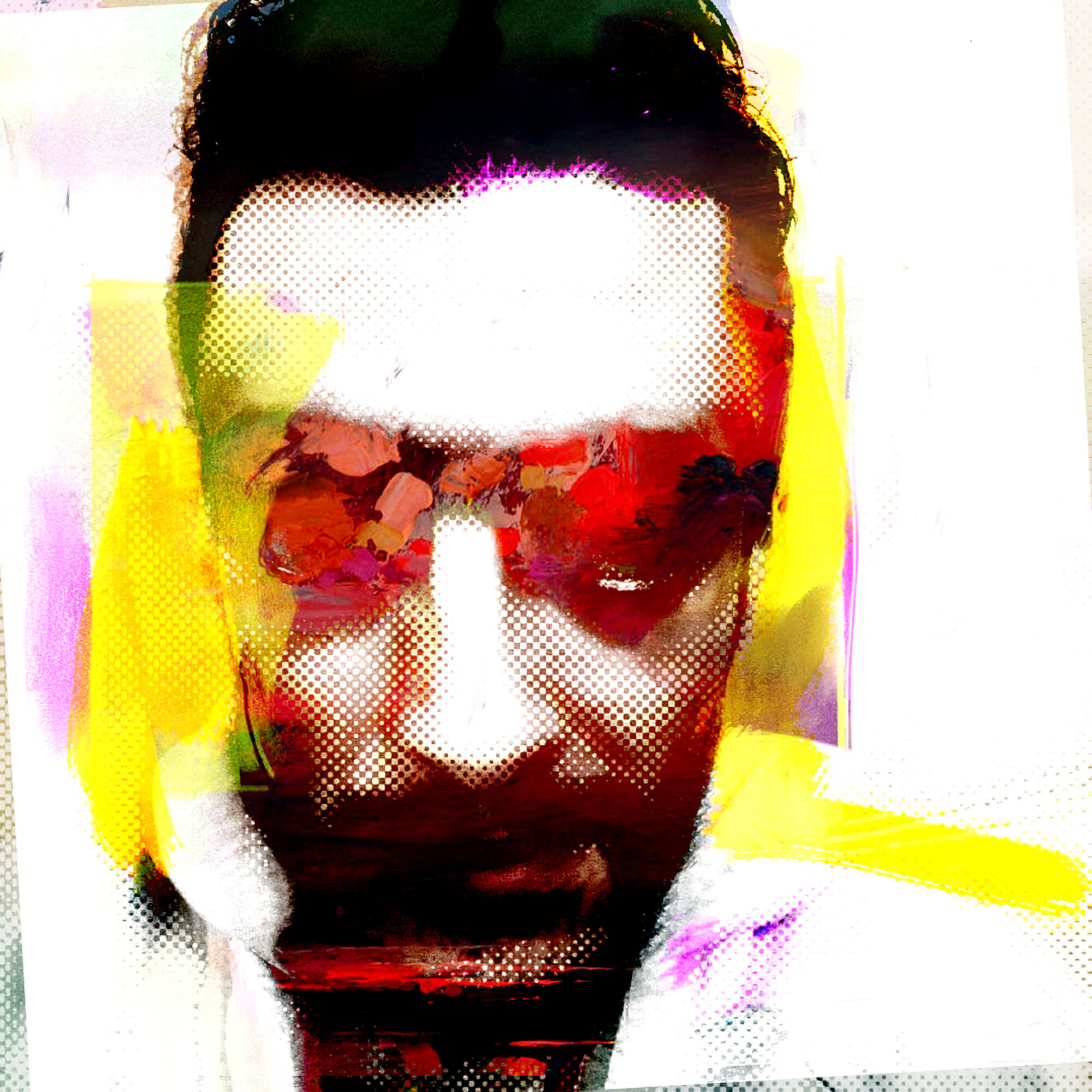