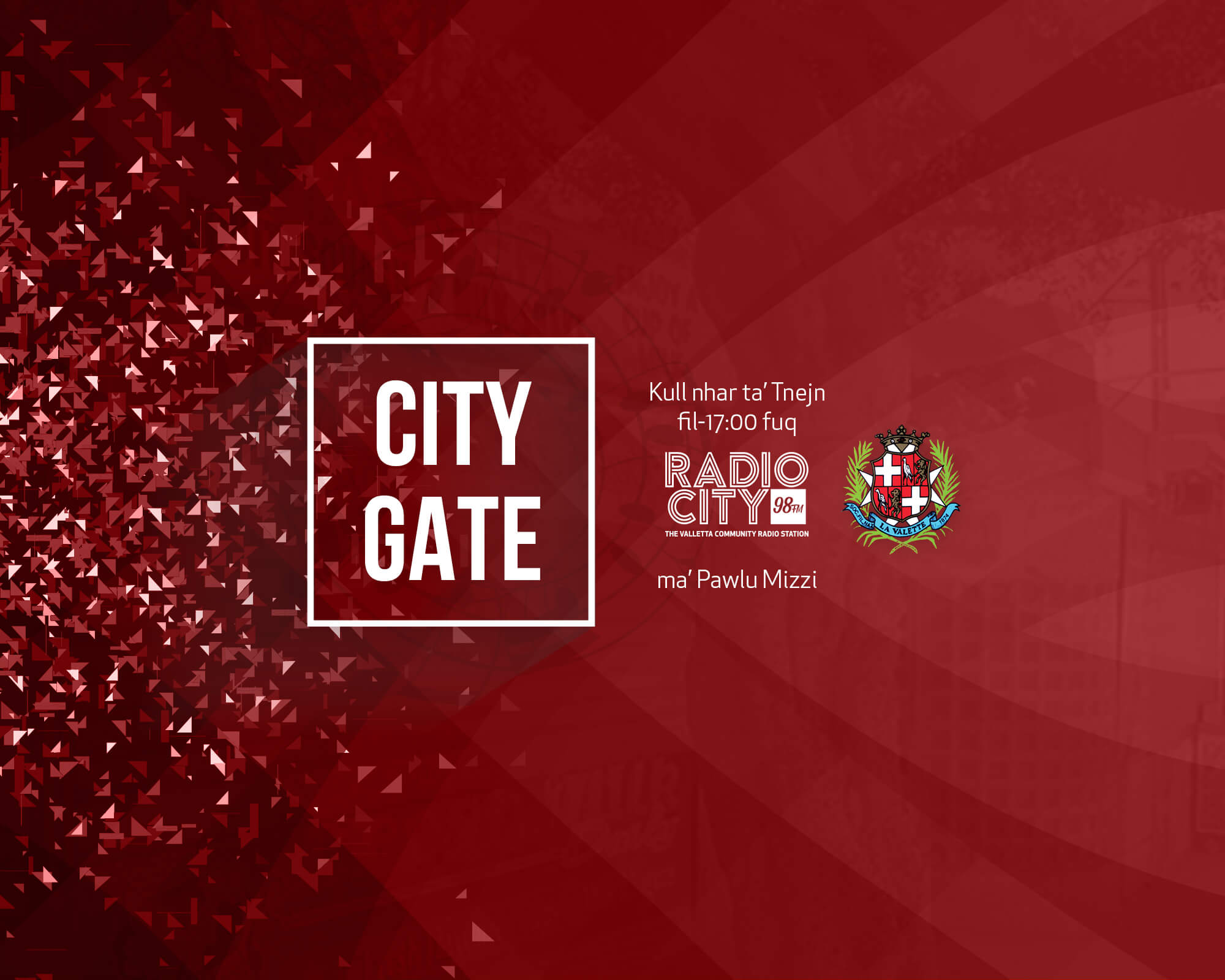 City Gate is a live radio show on Radio City 98FM which I conducted starting January 2021. The latter is hosted under the auspices and at the premises of the Società Filarmonica Nazionale La Valette in Valletta.

The name of the show recalls the memory of us Valletta people meeting up friends or holding romantic dates at City Gate – the main gate of the city and whereabouts – back in the 90s. Each show is a two hour catch up meeting with a friend, acquaintance or personality, which is made public through radio waves and eventually, the internet.

City Gate promotes a lighthearted discourse about life in the community with a special reference to the city of Valletta and its people. It is also meant to act as a document recounting the experiences of the guests who honour me with their presence and personal story-telling.